Who We Are As A Church

Rest Haven Baptist Church is a King James Only, Independent, Fundamental, Baptist Church. We use only the King James Bible for all of our preaching and teaching. We are autonomous (self-governing). We teach fundamental doctrine from the Bible. And we are distinctively Baptist in our beliefs. 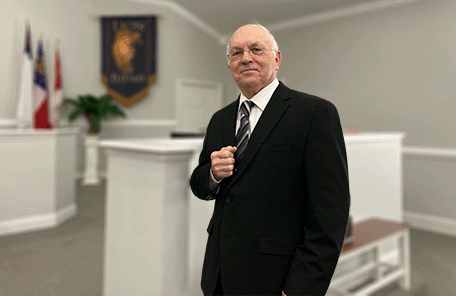 It is our goal, as a church, to reach around the world with the gospel of Jesus Christ. In our church you will find a sweet fellowship of God's people endeavoring to carry out the Great Commission. We hold an annual Faith Promise Mission Conference to support missionaries around the world. We are committed to preaching God's Word for the salvation of lost souls and the growth of God's people.

We are located at 132 Ledford Road, Buford, GA 30518, just north of Atlanta. We are a short drive from I985 Exit 8, just south of the Amazon distribution center, off of Highway 13.